How Much Money to Save for an Emergency 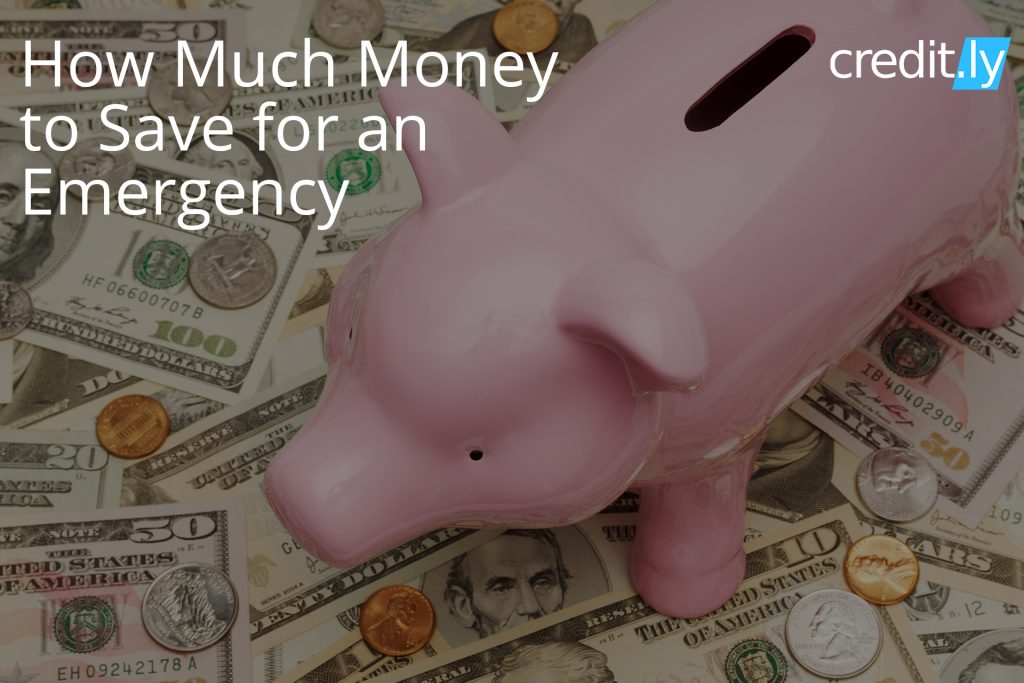 How Much Money to Save for an Emergency? An emergency fund is a must-have safety net. CNN reported that nearly 25% of American adults did not Save for an emergency whatsoever. Only 29% had the recommended six months of savings tucked away. This all begs the question, “How much emergency fund do you need?”

Experts agree that you should have at least enough saved to cover six to eight months of living expenses. That means if you spend an average of $1,000 a month, you need at least $6,000 saved for an emergency. Some people might find the thought of stashing money away too difficult. But it’s possible. Keep on reading to learn about a few emergencies you should save up for.

Cash to Fix Your Car? What Would You Do If Something Happened to Your Automobile?

Let’s use Carson as an example. Carson needs his car for the 20-mile commute to his job. One day, all four of his tires blow out due to a pile of debris he accidentally drove over. It costs $100 to replace one tire on a standard sedan, and up to $200 for a truck. To replace all four tires, Carson will have to pay anywhere between $400 to $1,000, depending on what car he drives. Luckily, he has $3,000 saved up for emergencies like this.

Unfortunately, tires are only the beginning. Car expenses of any kind can be costly. Replacing the brakes can cost $500, while replacing the alternator costs between $400 and $600. If Carson needs a new timing belt, it’ll cost $900 to get his car running again. Like many people, Carson can’t afford to go without his car for too long. That’s why having a decent emergency fund is imperative, in the case of an unexpected expense.

Joe, on the other hand, doesn’t have any savings. Instead of paying off his car repair right away, he has to put it on his credit. Because his card charges 20% interest, it takes him eight months to pay off his auto expenses. Joe has to pay thousands of dollars more for the same work as Carson. That’s where an emergency fund comes in handy.

Unexpected Vet Visit? How Would You Pay for the Vet?

Sally’s dog, Rosie, ate a few coins the kids left on the floor. The cost of removing the obstruction from Rosie’s intestines can range anywhere from $800 to $7,000. There are a few factors that impact the price, including to where Sally lives, the length of Rosie’s hospital stay and the cost of any medication Rosie needs afterward.

Having money Saved for an emergency will help Sally cover the cost of the vet bills. Even if her emergency fund does not cover the total cost of the bill, she can at least put a dent in it. Sally may still need to put a little bit on a credit card. But because it’s a lower amount, she will not accumulate as much interest.

Buying a New TV –  How To Get the Best Price?

Every parent fears for the day their TV breaks down. Many tantrums could ensue as a result. Todd’s TV recently broke down, and he’s taking a look at a 65-inch TV that costs around $913. As he continues to research the ideal TV set, he realizes that it might not be wise to use his emergency funds for a TV. In the end, Todd decides to purchase a cheaper model.

A brand-new television may not seem like a purchase worthy of dipping into an emergency fund. But in the end, it’s up to you to decide what purchases are worth taking out of your emergency fund. An emergency for one person or family can be completely different for another.

How Would You Pay to Fix or Repair Piping in Your Home?

A new TV may be an optional purchase, but fixing major piping issues is not. For example, Holly recently discovered a leaky pipe in her basement. Fixing a single leaking pipe can cost between $150 and $350 to repair. However, this doesn’t take into account the additional damages that could occur as a result. The water damage could have already spread, and Holly might need to spend an extra $1,000 for the repairs.

It is dangerous to live in a home with water damage and mold can quickly develop. Without an emergency fund to fall back on, one could find themselves either living in a home under dangerous conditions or using a credit card to pay for repairs.

How Can You Build an Emergency Fund Today?

Building an emergency fund can seem daunting. However, there are simple steps anyone can take to create this fund. For starters, you can track your monthly expenses. Take a look at how much of your paycheck needs to go toward the essentials. You can then put whatever’s leftover into your emergency. Even putting $20 every paycheck into an emergency fund will help give you peace of mind over time.

In the event you do not have any money left over, considering cutting back on your spending. If you go out to restaurants often, try eating at home. You can also look into getting a side job. In addition to your 9-to-5, you can work for Uber, Postmates or another service to bring in extra income.

What Should You Do Next to Ensure Success?

Another way to build your emergency fund is to open a savings account with the aid of Credit.ly. You can get an account where you accumulate 2.25% interest annually. That means if you put $1,000 in the account, it will become $1,022.50. In five years, you will get over $100 as long as you do not touch the savings. Essentially, the bank pays you. Now that you know how much emergency fund you need, contact Creditly for your loans needs.

Do you know your credit score?

How to Fix Errors on Your Credit Report

Click here to learn about the strategies used to fix credit errors.